Day 6 - Ride to Scicli and Modica

Today is a two part ride, first to Scicli (pronounced "shee clee") followed by lunch then a bus ride to Modica to visit a chocolate factory, then a nice 16 mile ride to our next hotel.

After breakfast, we did the usual daily briefing at 8:30. From the VBT book:
"Today we cycle to Scicli over a rolling and extremely scenic country road. As we near this historic town, our route acts as a kind of balcony that looks over this Sicilian baroque city, nestled as it is in a valley between two steep rocky hills. From here, we continue to Modica and one of the more interesting visits of the week: the chocolate factory of the Bonajuto family. The Antica Dolceria Bonajuto is the oldest in town and since 1880 has processed cocoa seeds according to the old Aztecan techniques imported by the Spanish more than 400 years ago. A mouth-watering tasting is a must after our tour.

"Stroll Modica Bassa, or Lower Modica, and admire its baroque churches. The city -- like Ragusa, Scicli and five more towns in the area -- have been listed since 2002 as UNESCO World Heritage Sites for the extraordinary importance and beauty of the late-baroque architecture developed after a terrible earthquake devastated Sicily in 1693. Choose a cafe for lunch on your own."

We made sandwiches at breakfast and grabbed some fruit for our lunch, then headed out on the ride. 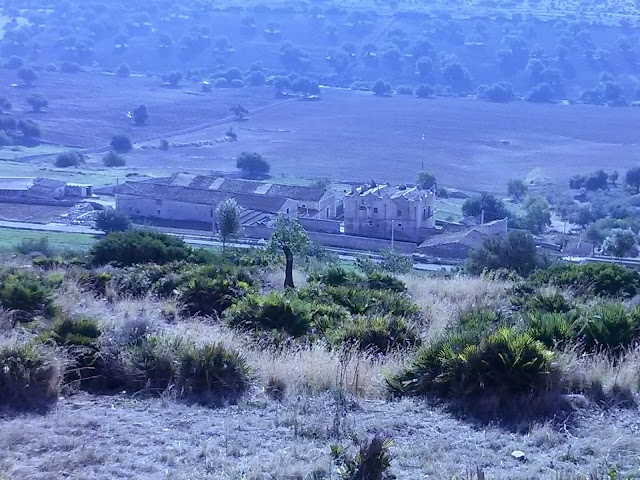 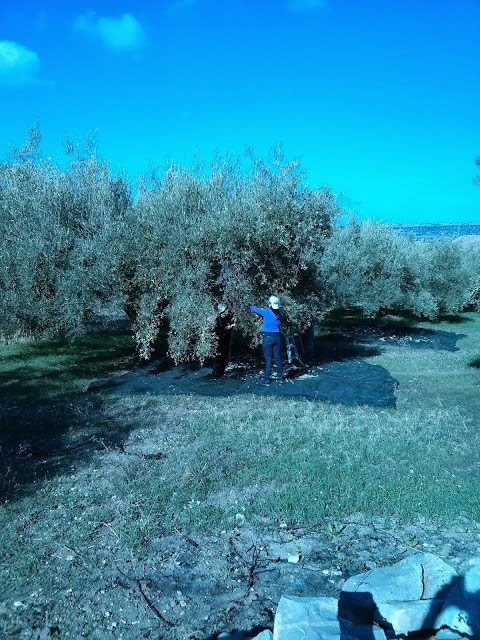 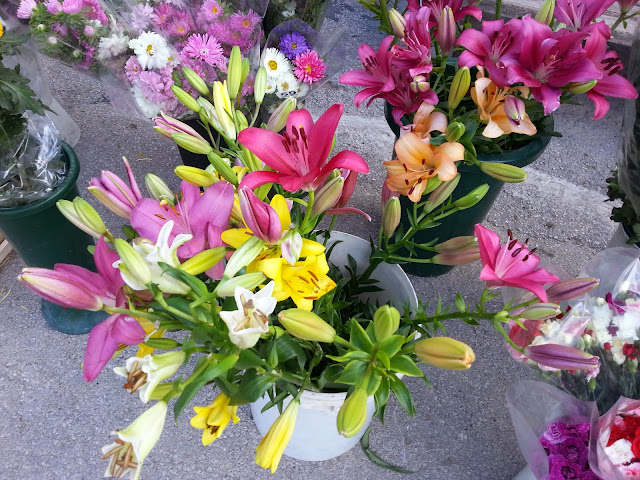 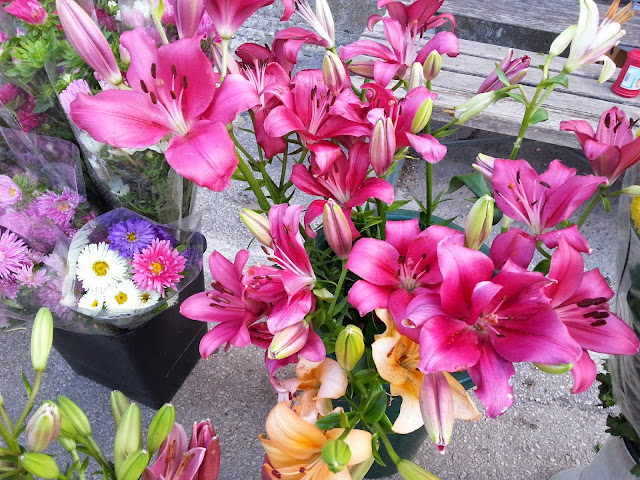 In Scicli, we met up with the rest of the group and loaded a bus to take us to Modica. The bus let us off in front of the chocolate factory. 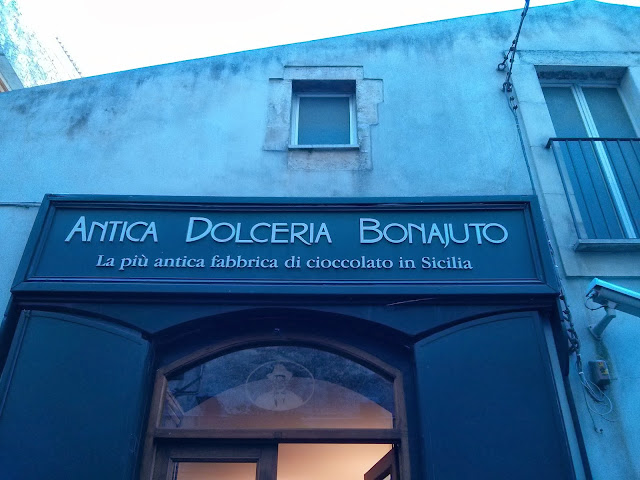 The chocolate is really good. It contains only cocoa and sugar, no fat, oil, or butter, so it will keep indefinitely.

After lunch, we got back on the bus and headed to a hill top town named San Giaccomo. From here it was a mostly downhill 16 mile ride to Kallikoros, our next hotel. From the VBT book:

"We start our afternoon ride from Balata di Modica on a mostly downhill route to our hotel. The landscape here is as beautiful as Tuscany: quiet country roads flanked by dry stone walls and myriad olive and carob trees. Relax at our elegant hotel, featuring a large outside swimming pool and its own spa at walking distance. Later our hosts lead us on a walk on their large estate to pick borage, wild fennel, lemons and oranges. We take them all to the kitchen to prepare a Sicilian recipe under the guidance of our chef."

The part about Balata di Modica was changed, apparently the ride was too steep and took too long. Somehow, Lisa and I got out front and stayed there, and were the first to arrive at the hotel, by bike, that is.


Kallikoros is a nice hotel. We sat on the patio and had a couple of beers, then collected our luggage and checked in. The pool was cool, invigorating, refreshing... no, it was just cold! The swim was nice anyway. While we waited for dinner, one of the hotel staff gave us a tour around the grounds and told us some of the history and described the plantlife. A local astronomer came by and set up a telescope on the hotel roof for us to look at stars. Free wine while star gazing.

Dinner tonight was pasta and cod, and more free wine, followed by tiramisu. Oddly enough, I don't have any pictures of the food...

After dinner, we joined the Syracuse girls in the hotel lobby for homemade lemoncello. Unfortunately, it had a gnat infection, so the hotel broke out some store-bought.