We were up and packed and had breakfast at the hotel by 7:30 am. The bus to take us across Sicily arrived at 7:45, and was mostly full already. The Syracuse group had been staying at another hotel and were picked up first. I think it was just Lisa and I, and Kam, and Mike and Lisa, plus one other couple, Pete and Joyce from Oregon at our hotel. There were a total of 20 people in our group, 16 women, 4 men, which is 4 couples and the Syracuse women. Lisa and I were in the very back row, and we had it all to ourselves, which was nice.


Jodie was our tour guide just for the trip over. She was very knowledgable and pointed out a lot of historic sights on the way out of town and talked about a lot of Sicilian history during the trip.

At 10:30 am, we arrived at Villa Romana Di Casale, which is a palace that was built way back when, then was covered by a big mudslide and forgotten for centuries. It was rediscovered in the 1950's and restored, with awesome mosaic tiles everywhere.

From the VBT itinerary book:
"From Palermo, we transfer with our local guide to Piazza Armerina to see the amazing mosaics of Villa del Casale.  The 3,500-square-meter Villa was the country home of a high-ranking member of the Roman Empire and was built between the third and fourth centuries.  The Villa is world famous for its huge and well preserved floor mosaics representing heroes of mythology and episodes of everyday life during the time of Diocletian.  The most famous mosaic represenst young women wearing bikinis.  Villa del Casale is a UNESCO World Heritage Site and one of the most popular destination in Sicily." 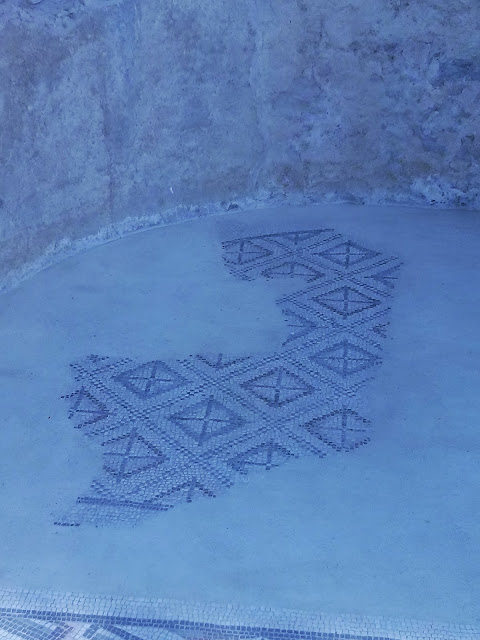 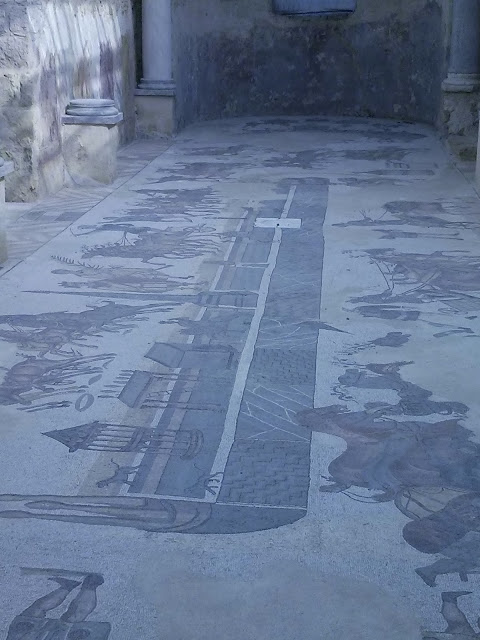 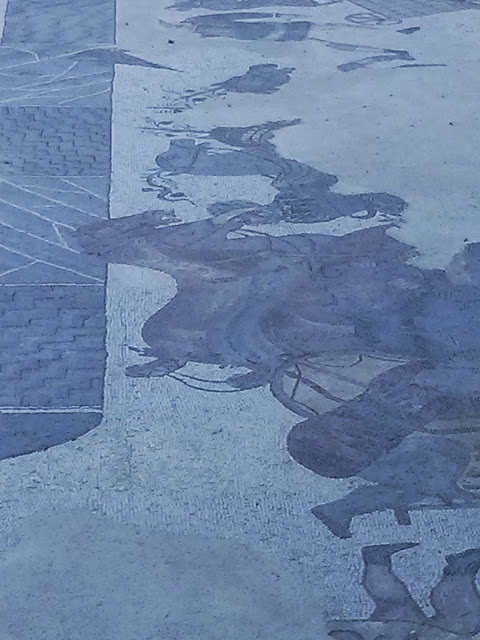 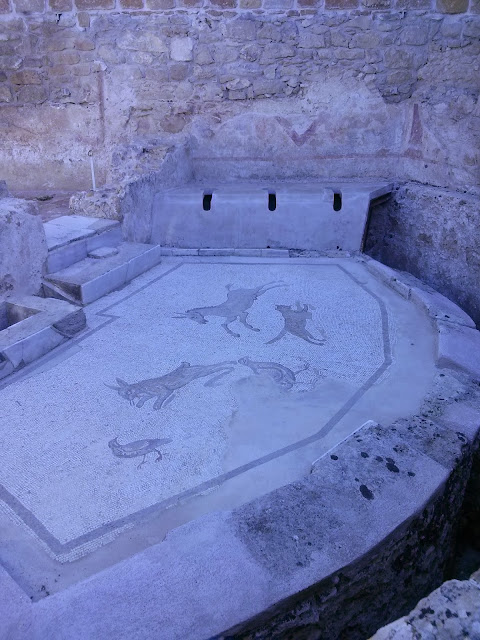 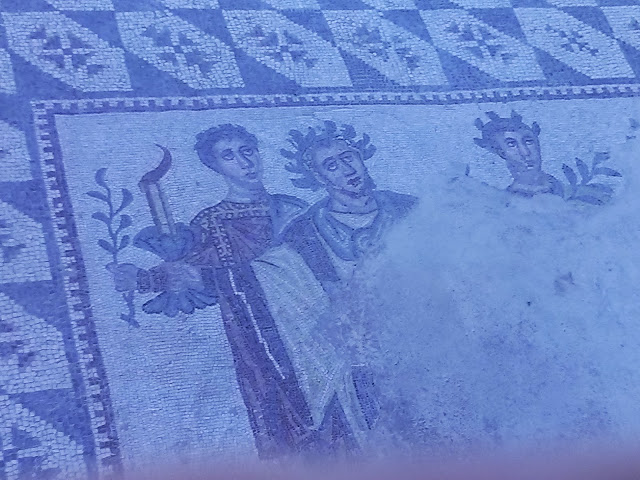 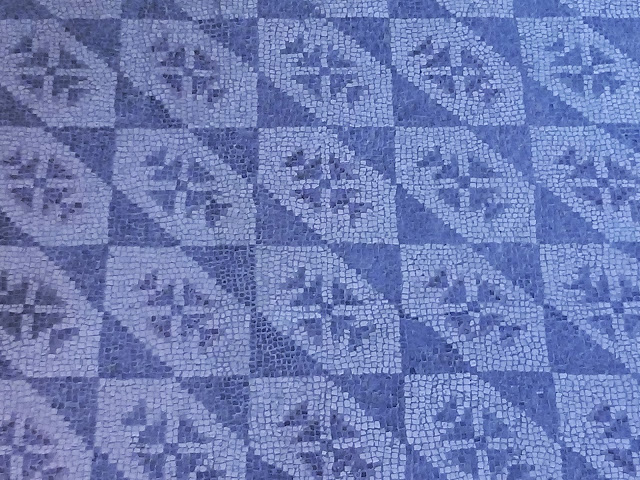 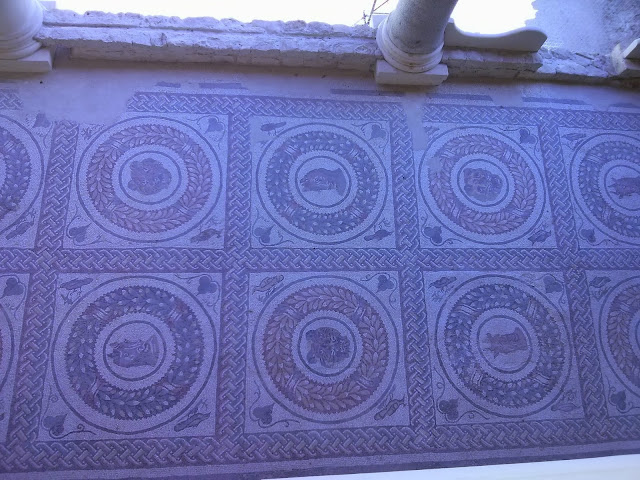 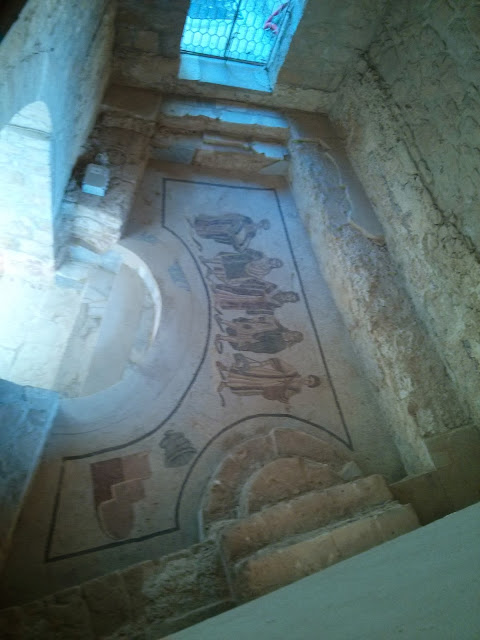 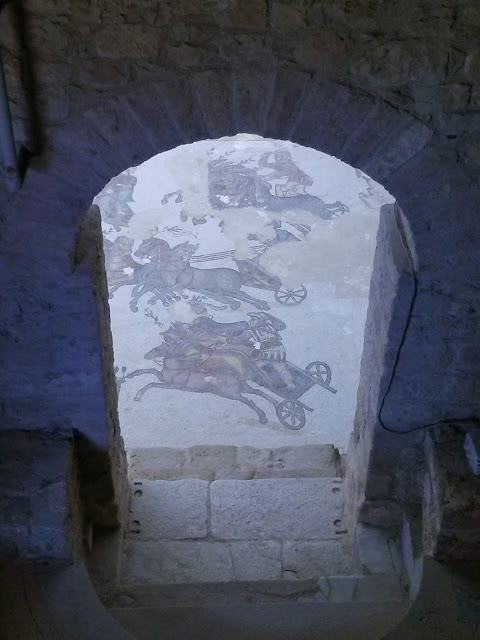 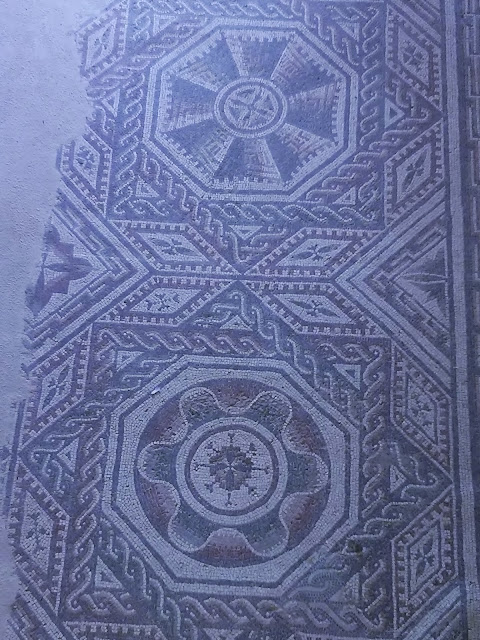 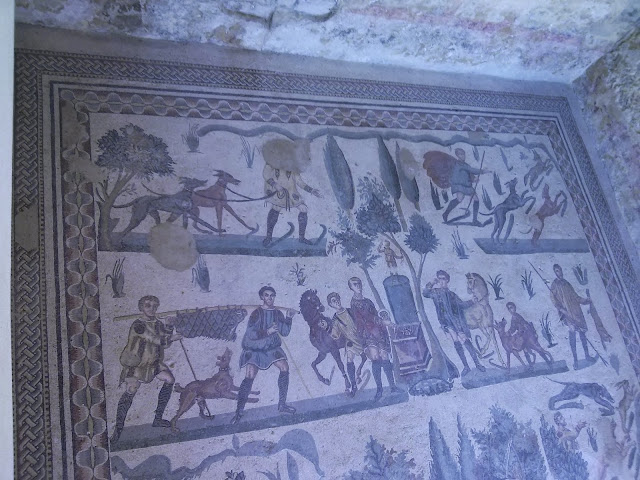 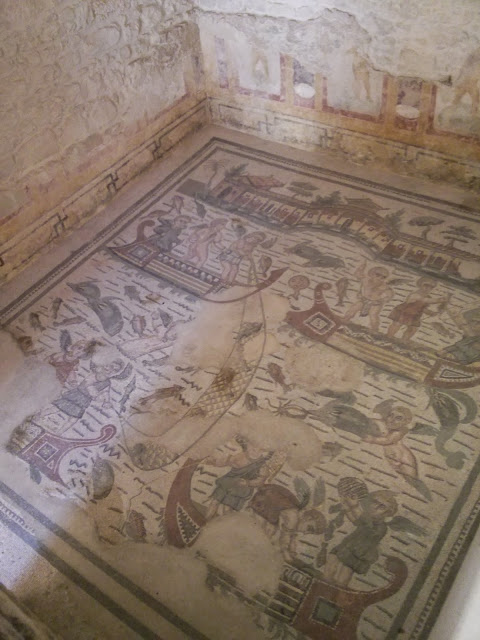 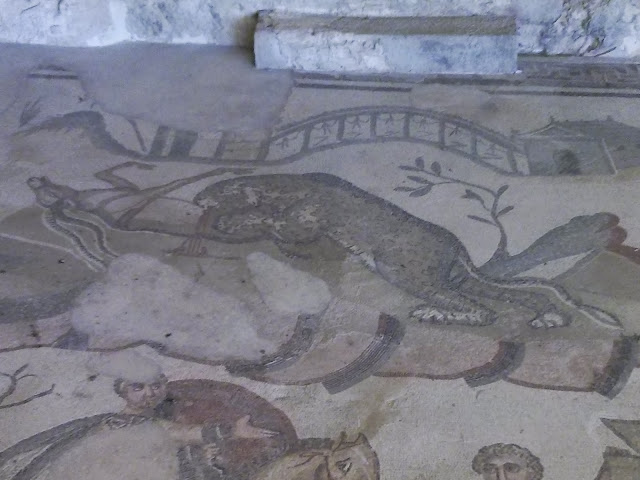 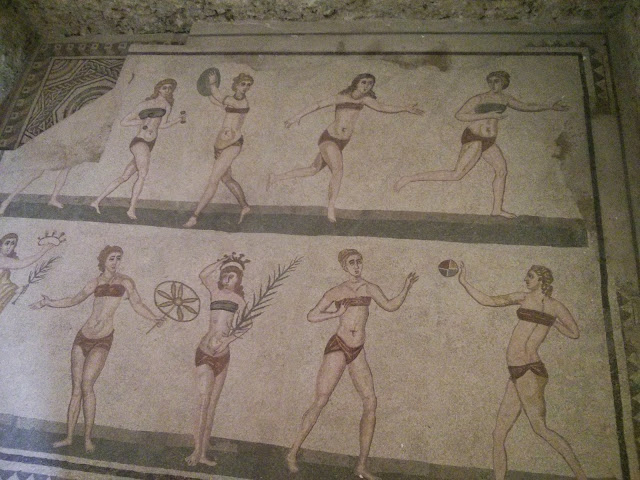 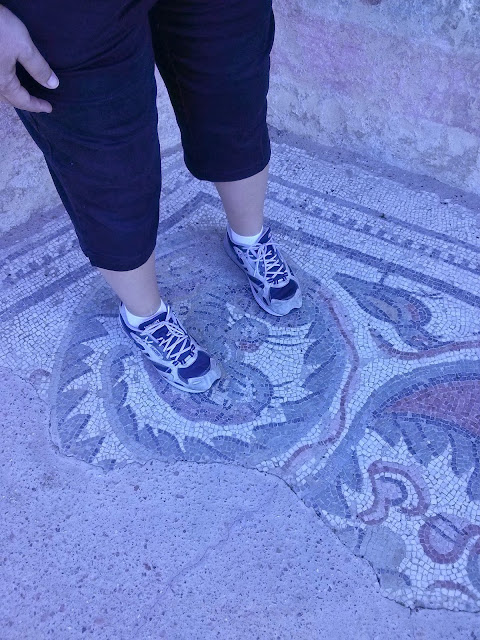 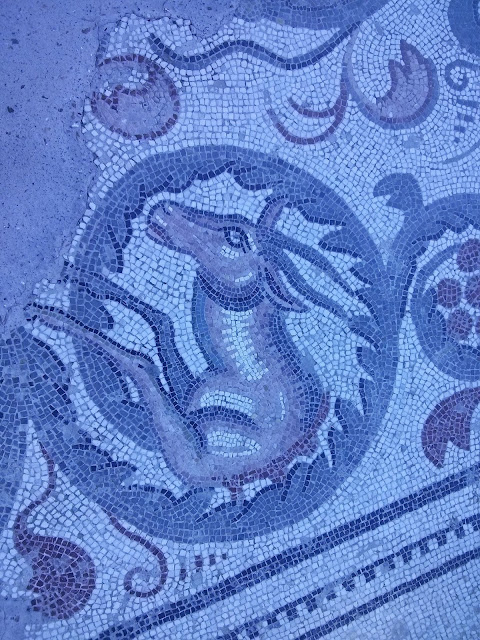 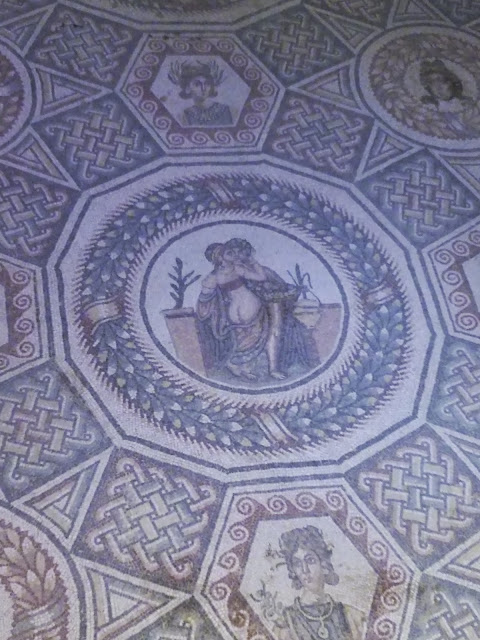 "After lunch by the beautiful UNESCO World Heritage Site, we continue our journey to our hotel in Ragusa, where we are scheduled to arrive around 2 p.m. The total transfer time this morning is approximately four hours."

Lunch was delicious, and included wine and espresso. 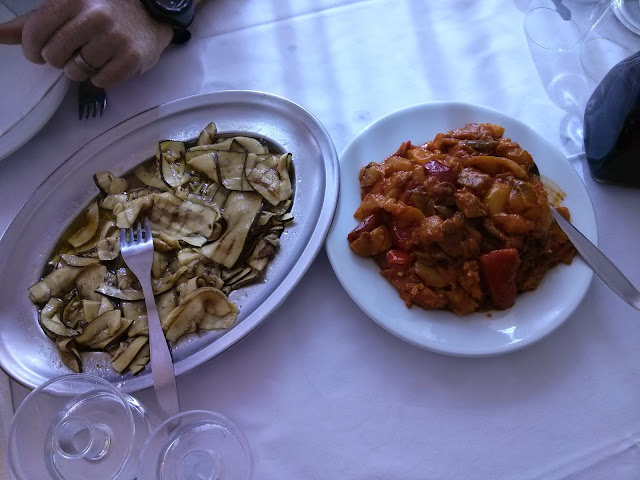 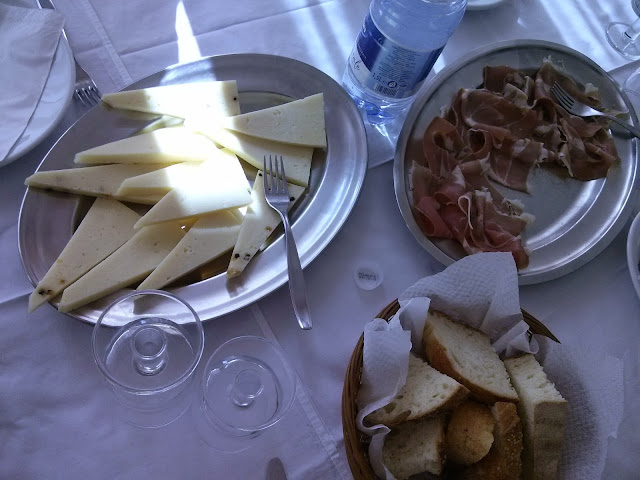 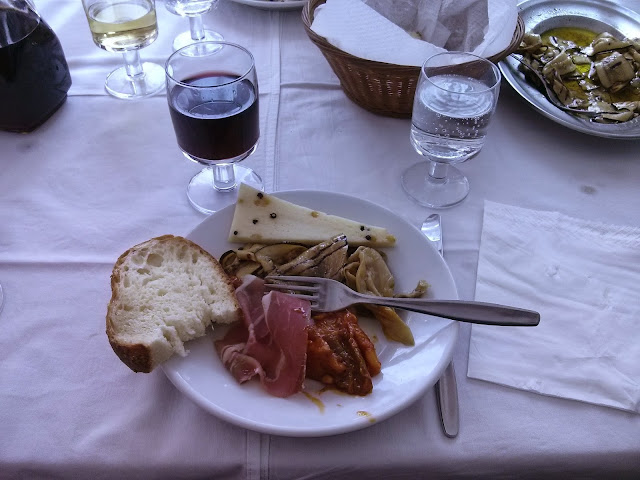 After lunch on the bus ride, I finally got cell service on my phone. T-Mobile just started a new service where data and text messages are included world-wide, no extra charges. I sent a text message to Sarah, then checked Facebook, then got a text message from T-Mobile saying my international calling charges were $200. Yikes! It turns out it was just a glitch in the new system, and I didn't owe them any extra. I had good coverage in Sicily, which really helped with making Google maps and translate work well.

As planned, we did arrive at our hotel at 2 pm:

"Hotel: Poggio del Sole Resort
Our hotel is an accurate restoration of a typical 19th-century residence. Its rural annexes, the master house, food provision store, barn, stables and guest rooms all reflect the era. A new modern building with open spaces has been added, resulting in a very comfortable atmosphere. The outdoor swimming pool and jacuzzi will certainly lure you after our long coach trip."

Yes, there was a pool, but it was cold, so no swimming here.

We met Sandro and Angelo, our biking guides for the rest of the trip. We checked in, got changed, and met for a briefing on our first bike ride. The first ride is short, really it's just to make sure the bikes fit and are working correctly. We brought our own seats, so those needed to be installed. 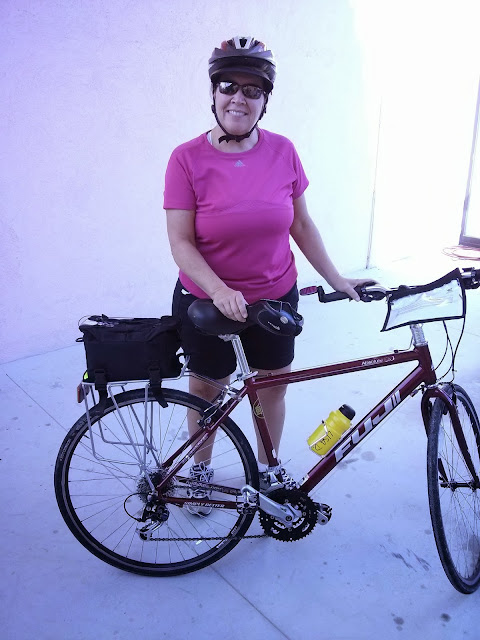 As expected, the ride was easy and scenic.

After the ride, we cleaned up and went to the hotel restaurant for dinner. Lisa had the unfortunate experience of finding out what happens when you plug a 110V hair drier into 220V -- a loud pop and it doesn't work any more. Fortunately, this one had a surge protector built into the plug, so I was able to fix it when we got back by replacing the plug. The group met in the bar area for introductions and a toast to start the biking phase of the trip. There are four married couples and a group of 12 women from Syracuse, NY. The hotel provided some excellent appetizers. 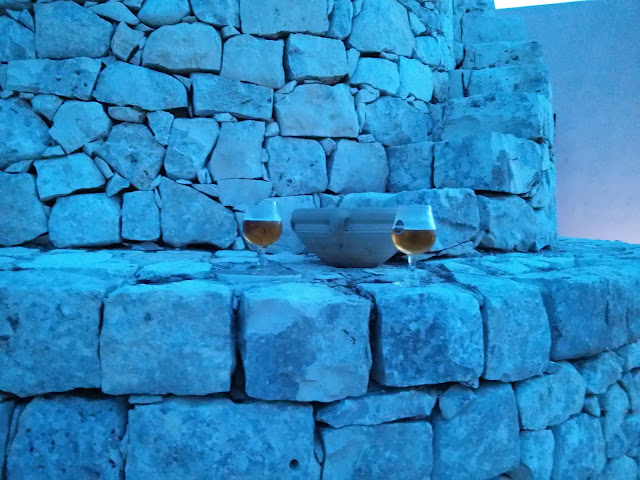 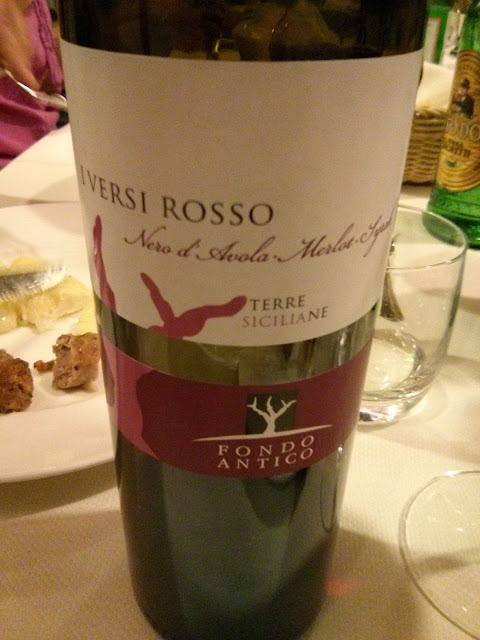 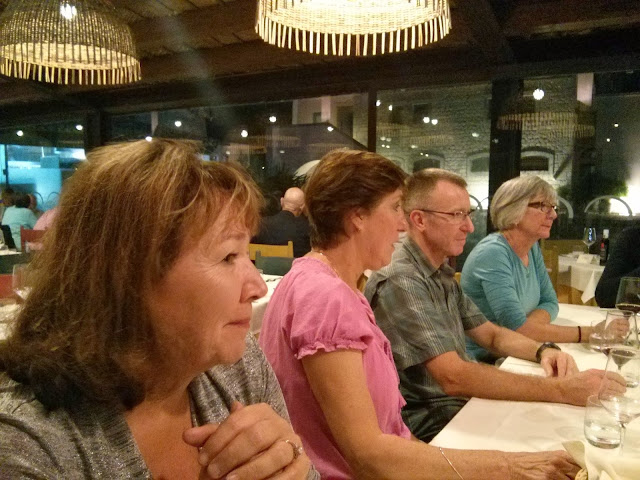 We got to bed at a reasonable hour since breakfast is scheduled for 7:30 am and the pre-ride briefing is at 8:30 am. The beds in this hotel looked nice, but felt like they'd spread a blanket over a sheet of plywood.